“Likewise, I want women to adorn themselves
with proper clothing, modestly and discreetly, not
with braided hair and gold or pearls or costly
garments, but rather by means of good works, as
is proper for women making a claim to godliness.

“A woman must quietly receive instruction with entire submissiveness. But I do not allow a woman to teach or exercise authority over a man, but to remain quiet. For it was Adam who was first created, and then Eve. And it was not Adam who was deceived, but the woman being deceived,  fell into transgression. But women will be preserved through the bearing of children if they continue in faith and love and sanctity with self-restraint.”
1 Timothy 2:9–15

Before sharing some of my thoughts on the last half of Paul’s first letter to Timothy, I want to write about these verses that have become straw to every torch. I have no desire to start a firestorm, but because I will be writing on women’s ministries from 1 Timothy and Titus I thought this was necessary groundwork.

The role and nature of women has now been in continual debate for an entire generation. We have ripped and reconstructed our soul according to our own wisdom. We have muddled the clarity of God’s truth as we have struggled in doubt and unbelief. Many times out of fear or out of anger, we have discouraged one another from trusting God.

Jesus said, “Yet wisdom is vindicated by all her children.” (Luke 7:35). When we look at the children of our own wisdom of the last forty years, what do we see? Has our wisdom been vindicated? We are in the midst of cultural calamity. We now have painful breakage in relationships and the demise of morality and stability in the bonds within families and communities.

Those claiming to know God through His Son, Jesus Christ, have increasingly let His truth be eroded. Any notion that God as Creator might have given us instructions regarding a woman’s life has become viewed as an idea that is narrow-minded, to the extent of being crushing and stifling to a woman’s gifts, talents, and personality.

It can be difficult to face our own heart and concede our lack of wisdom or obedience. Fear of being used or past hurts or pride can be a stopgap to admitting this; even in calamity, we would rather follow our own plans than stop and concede any doubts regarding our ability to handle life. Unfortunately, women are more secure in being in control than in being humble. Unfortunately as well, there are also some men who have reacted to the confusion of our day with a heavy-handed authoritarianism that has only served to acerbate matters.

Years ago I taught college-age men at conferences and occasionally in Bible studies. I spoke with someone about about doing this, but I was told because it was not within a church, but a student organization, that there was no problem. After a few years I realized that when groups meet to learn and be taught, it is a gathering of the church of Christ whether or not the group has been officially incorporated.

My need to understand the truth of what it means to be a woman became inescapable, because I personally witnessed the destruction wreaked by man’s wisdom and understanding of sexuality. My brother, whom I dearly loved, died of AIDS, but many years prior to his death his immersion in the homosexual lifestyle had helped propel him into a suicide attempt. The anguish of that time was an emotional whirlwind that propelled me to sort through the meaning of sexual identity. I went back to God’s Word, and found there His truth and His love to answer my heart. To paraphrase John Owen, God brought the evidence and necessity of His truth to bear upon my life; these are not notions for me—this is the practical acquaintance of my soul.

Women today are in a crucial wilderness of struggle with doubt and unbelief regarding their nature and regarding their role. In other words, who we are is up for grabs. I am convinced that coming to a deep trust in God regarding our creation begins a reverberation of faith that persistently echoes truth throughout our lives: God is good and from His loving heart He has given us wise counsel.

Before I continue, you may be thinking, but wait, you’re writing on a blog. A blog is sort of in between reading a book and having a face to face conversation. I write and then individuals read my posts, and if they’d like to interact with me about them, they can. On my About page, I have written that my focus is on helping and encouraging Christian women and sharing my witness about being a Christian.

Help and encouragement are grounded in the Word of God, but as I have made references to doctrine, as in the posts collected at the page in the heading titled, The Bible: God’s Revelation, I have quoted sound theologians and pastors of the past and the present. You may have also noticed the great extent to which I quote commentaries, rather than trying to establish myself as an authority.

Now I do know that men read this blog, but I do not want to be their teacher nor do I want them to become attached to this blog as their form of spiritual nourishment or discipleship; I do not want to become a mentor to men. If you are presently in an area without access to a pastor or church who can help you, I’ve linked to John MacArthur’s site, Grace to You, in the side bar under resources. He is a godly pastor and his sermons are on the web as well as a blog with posts written by him and staff members.

I’ve had numerous discussions with my husband about my writing and purpose here, and he has encouraged me to write. He also reads most of my posts before I publish them, and we’ve talked extensively about many of them.

Now if you want to keep reading….

I’ll continue this topic in several more posts. My original post became far too long, and I decided that would be a better option than having your eyes glaze over! 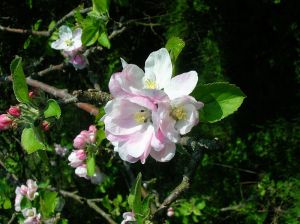 I want to close with James 3:13-18 because it became one of my favorite passages in the Bible when years ago I began associating it with 1 Timothy 2. These words from James have provided comfort, peace and balm to my heart as they have been both guide and reassurance to me to persevere, knowing that I will see God’s wisdom vindicated as I let it bear fruit in my life.

“Who among you is wise and understanding?
Let him show by his good behavior his deeds in a wise meekness.
But if you have bitter jealousy and selfish ambition in your heart,
do not be arrogant and so lie against the truth.
This wisdom is not that which comes down from above,
but is earthly, natural, demonic.
For where jealousy and selfish ambition exist,
there is disorder and every evil thing.
But the wisdom from above is first pure, then peaceable,
gentle, reasonable, full of mercy and good fruits,
unwavering, without hypocrisy.
And the seed whose fruit is righteousness
is sown in peace by those who make peace.”