Week 35 of Read the Bible in 2011 begins today. You can read the complete explanation of what I’m doing here.

Why is it so important for us to read God’s Word?

When I started the blog I never expected to have so many posts with nautical themes, but in the Bible storms are a vivid analogy of adversity and our hope is depicted as the anchor of our soul, and so ships and sea have made it into my writing. Last August in Steerage, I wrote that when a ship is crippled in naval warfare, it becomes hors de combat or “out of the fight.”1 Its masts broken, with sails shredded and hull or rudder damaged, the ship is at risk of being boarded and taken by the enemy. John Owen wrote:

“Without absolutes revealed from without by God Himself, we are left rudderless in a sea of conflicting ideas about manners, justice, and right and wrong, issuing from a multitude of self-opinionated thinkers. We could never know who God is, how He is to be worshiped, or wherein true happiness lies…”2

God safeguards Christians from becoming hors de combat by His Word, the Bible.

In the passage we call the “Sermon on the Mount,” Jesus finished his teaching by telling a story of two houses. 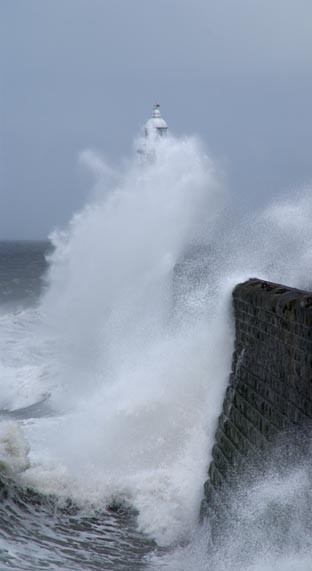 “Therefore everyone who hears these words of Mine and acts on them, may be compared to a wise man who built his house on the rock. And the rain fell, and the floods came, and the winds blew and slammed against that house; and yet it did not fall, for it had been founded on the rock.

Everyone who hears these words of Mine and does not act on them, will be like a foolish man who built his house on the sand. The rain fell, and the floods came, and the winds blew and slammed against that house; and it fell–and great was its fall.”

When Jesus had finished these words, the crowds were amazed at His teaching; for He was teaching them as one having authority, and not as their scribes.

I have been like a crippled ship with broken masts and shredded sails—or a house assaulted by wind and wave. Go back and read some of my posts and you can tell. The shock of the last few years was piled on top of events of prior years, and the combined impact brought upon me storms of doubt such as I have never before gone through as a Christian. I think Gratitude was the hardest post I have written because I wrote it out of a devastated heart. It was also one of the most  important posts for me personally because I knew if I couldn’t write it, then I would have to stop writing altogether.

In January I started posting on reading through the Bible. It was a discipline for me that I knew would keep me writing and keep me in God’s Word. Some of those posts have been  difficult to write and there have been times I thought I would drown, but through reading the Bible, and writing about it God kept me lashed and held tight to the mast of His Word so I wouldn’t be swept overboard into the sea.

Over halfway through the Bible, after going through book after book after book— sometimes there were psalms I could hardly bear to read—I came to the final chapters of Luke, and God enabled me to write Luke 23–24: Eyewitnesses & Faith. (The post was slightly edited and published a post on August 13th and in the heading as ‘…the chains of Christ’s love’ under Anchor of Hope).

Through His Word, the Holy Spirit comforted my heart and in the midst of my storm strengthened me to trust God. That post was, I think, the accumulation of days, weeks and months of reading His Word, and it was as important a milestone for me as Gratitude.

Christ came, not to a place of shelter, but to a shattered and sinful world, and we live in that world and we tell His gospel to that world. That means sometimes our lives are shattered. Paul wrote, “We carry this treasure in earthen vessels, so that the surpassing greatness of the power will be of God and not from ourselves.” He closes the chapter by saying,

The night before He was crucified, Jesus said:

“These things I have spoken to you, so that in Me you may have peace. In the world you have tribulation, but take courage; I have overcome the world.”
John 16:33

Reality has ripped and roared, but the solid ground of the Rock has held.

That’s why it’s important to read His Word.