I urge Euodia and I urge Syntyche to live in harmony in the Lord. Indeed, true companion, I ask you also to help these women who have shared my struggle in the cause of the gospel, together with Clement also and the rest of my fellow workers, whose names are in the book of life.
Philippians 4:2–3

Sunday’s Bible reading is Philippians 3–4, but I wanted to do an additional post that focuses on these two verses in Philippians 4, because of their application to ministry.

I’ve always been intrigued at the mention of these two women. While elsewhere confrontations between men on ministry are mentioned (Paul and Barnabas in Acts 15, Paul and Peter in Galatians 2), those were about character and doctrine. The disagreement between these Euodia and Syntyche is apparently over neither, but occurred due to some kind of clash between their personalities and an inability to get along.

Whatever happened with Euodia and Syntyche, these verses indicate they were gifted women who had worked hard for the Gospel in the past. Paul stresses unity in his urging. Fritz Rienecker states that the Greek word for help used here means, “…to take and bring together.”1 Paul writes of laboring together. In the Greek the words, companion, shared [my] struggle and fellow worker all have a prefix that means with. These are not empty words of flattery. According to Rienecker shared [my] struggle is a word meaning, “…to fight alongside, to contend w. someone against a common enemy, to labor together.”2 Paul recognized Euodia and Syntyche with true appreciation and valued them as his fellow workers.

Paul appeals to each woman separately and urges them to live in harmony—literally, to think the same (William Hendriksen translates the phrase as: “to be of the same mind”3). Paul uses the same Greek words in Philippians 2:2, translated there by the New American Standard as being of the same mind.

Francis Foulkes states this word for mind “…is used more frequently in Philippians than in any other NT book.”4 That’s significant. It’s a major theme of Philippians. I want to emphasize this to differentiate that discussion and disagreement regarding doctrine and character are at time necessary to honor God, but that isn’t not what Paul is talking about here. Hendriksen writes: 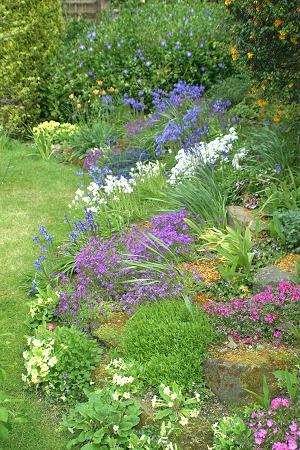 I’ve given you all these word meanings because I think Hendriksen is so right. When you look at these words in Philippians you really understand Paul was absolutely serious about “…militant unity in a world of unbelief and hostility.”

Over the years I’ve been involved with  women’s ministries and Bible studies in various places. I’ve seen far too many clashes precipitated by a proprietary and territorial mind set and an unwelcoming attitude. Far too often women do not see  each other as adding something to a ministry because of differences in personality and spiritual gifts, but rather as a threat. A mind set is of inclusion, rather than exclusion is always a great loss. The best large Bible study I ever helped to lead and teach had a team of women working on it with numerous personality differences, but because we worked to submit ourselves to God (trust me, sometimes it was real work) and to pray, plan and use our different gifts together, God did an extraordinary powerful work in the lives of the women who came. He received the glory—not one of us.

Therefore if there is any encouragement in Christ, if there is any conso- lation of love, if there is any fellowship of the Spirit, if any affection and compassion, make my joy complete by being of the same mind, maintaining the same love, united in spirit, intent on one purpose.
Philippians 2:1–2

In ministry we must learn to live in harmony and to be of the same mind—the mind of Christ.