“In the whole Bible there is hardly another chapter [Romans 5] which can equal this triumphant text. The Apostle here most clearly describes God’s grace and mercy and shows of what nature it is and how abundantly it has been poured out upon us.”1
Martin Luther
–

I knew my sin had separated me from God. I knew I was helpless and locked out in my stumbling search. I had met others who knew God, and I knew I didn’t. 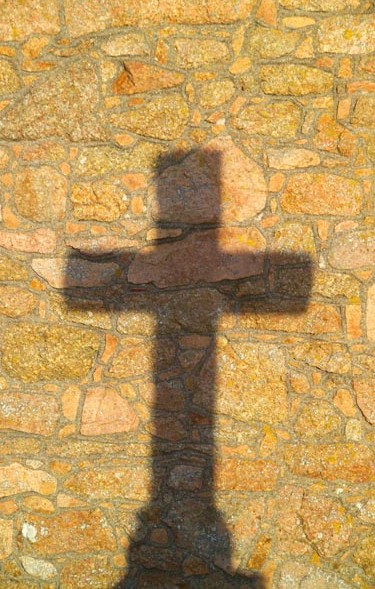 For while we were still

helpless, at the right time

Christ died for the

ungodly. For one will

hardly die for a righteous

man; though perhaps for

the good man someone

would dare even to die.

But God demonstrates His

own love toward us, in

that while we were yet

sinners, Christ died for us.

As we read, we discussed the disobedience of Adam to God, and the entrance of sin and condemnation and death to all mankind. I read that through the obedience of Jesus Christ to God in His death on the cross, sin and death were overcome, and I could be made right with God.

As we were reading, floodgates of comprehension opened and I understood and believed.

I knew I was a sinner, and I needed a Savior. I understood for the first time that on the cross God was condemning my sin as His Son, Jesus Christ, took my judgment and punishment upon Himself in His death for me. I prayed that night and placed my life in God’s hands, stating my need for forgiveness and thanking Him for the death of His Son, Jesus Christ, for my sin. This gift, this one act of righteousness, meant justification of life to me. Death had come to reign through Adam, but the death, burial and resurrection of Jesus meant I would reign in life through Him.

God let the light of His truth ride into my mind and heart, handing me the keys of repentance and belief.

My sin was gone; now no longer separated from Him, I knew Jesus, the Light of the World.

One thought on ““Let Light Ride In””