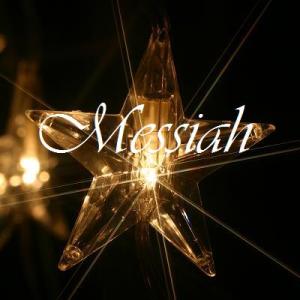 Many people know that Handel wrote the music for Messiah. Much less commonly known is Charles Jennens, the man who chose the Bible passages for its libretto. Messiah was born out of a tragic event in his life.

Dr. Al Mohler, President of The Southern Baptist Theological Seminary, described this tragedy as he spoke of the deep grief of Charles Jennens over his younger brother, who committed suicide while suffering from depression as he questioned his Christian faith under the exacerbating influence of a deist.1 His brother’s death gave Jennens a deep, personal concern regarding deism; Messiah was his answer to its challenge of Christianity. Some ten years after his brother’s death, Jennens gave his libretto to Handel.2

In 2011 while reading about Messiah, I found an online article by Johan van Veen in which he quoted musicologist, Tassilo Erhardt, on the historical context in which Charles Jennens chose the Scripture used in Messiah.

“Charles Jennens, who put together the libretto, only used texts from the Bible. That doesn’t leave many possibilities for an individual interpretation. Messiah isn’t like the 18th century passion-oratorio, which tells a story about the passion rather than the story of the passion itself. Messiah doesn’t deal with the idea of ‘messiah’ as a concept…but with a very real, historical person, the Messiah who was promised by God in the Old Testament. That is also the conviction of the musicologist Tassilo Erhardt, who is preparing a doctoral thesis on Messiah (Handels Messias. Text – Musik – Theologie; in German). He writes in the programme book:

“The concept of the Messiah has always been one of the most important topics in the Jewish religion. God promised his elected people to send hid [sic] ‘anointed one’, the redeemer, as the fulfillment of the history of salvation. His coming has been foretold by the prophets in many places in the Old Testament. Faithful Jews still await his coming. For Christians, God’s promise has come true through the incarnation of his son in Jesus of Nazareth. The belief in Jesus as the Messiah is therefore the fundation [sic] of Christian faith.

“Against this background one can understand the furore caused when the deistic writer Anthony Collins [1676–1729]3 published two books, in which he undermines this tradition, in effect calling Jesus himself into question by throwing doubt on his role as the Messiah.”4

“In the years thereafter more than 60 publications appeared in reply to Collins’ books with only one goal: to prove that Jesus was the Messiah as foretold in the Old Testament.”

“Charles Jennens, the librettist of Messiah, evidently possessed at least one of these publications, Bishop R. Kidder’s A Demonstration of the Messiah, in which more than half of the bible quotations used in Messiah are discussed in detail. Messiah must therefore not be seen as an oratorio like many others, but as an artistic contribution to a current theological debate. This explains also the unique form of the libretto. As its principal aim is not to tell the story of Jesus’ life, but to point out that the prophecies of the Old Testament concerning the Messiah are fulfilled in the person of Jesus, Jennens avoided the narratives of the gospels almost entirely and describes the life and significance of Christ by means of allusion. In the case of Messiah we are dealing with much more than a mere compilation of Bible verses. The work has a strong message to tell, and the form in which this is done is a unique form of art.”6

Have you ever thought of Messiah as Christian apologetics—giving the witness of God’s Word to all people that Jesus is indeed Messiah? The passion and power of God’s Word in this libretto has now been heard and sung throughout the world. This work, born out of suffering, loss, and grief, has been used by God to proclaim the good news of Jesus the Messiah. Over 250 years later, we still listen with awe to God’s Word set to music.

So faith comes from hearing, and hearing by the word of Christ.
Romans 10:17