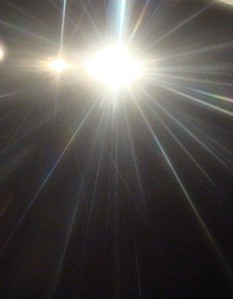 There was the true Light which, coming into the world, enlightens everyone. He was in the world, and the world was made through Him, and the world did not know Him. He came to what was His own, and those who were His own did not receive Him. But as many as received Him, to them He gave the right to become children of God, even to those who believe in His name, who were born, not of blood nor of the will of the flesh nor of the will of man, but of God.
John 1:1–13 LSB
–

“And this is the judgment, that the Light has come into the world, and men loved the darkness rather than the Light, for their deeds were evil. For everyone who does evil hates the Light, and does not come to the Light lest his deeds be exposed. But he who practices the truth comes to the Light, so that his deeds may be manifested as having been done by God.”
John 3:19–21 LSB
–
Then Jesus again spoke to them, saying, “I am the Light of the world; he who follows Me will never walk in the darkness, but will have the Light of life.”
John 8:12 LSB
–
“While I am in the world, I am the light of the world.”
John 9:5 LSB
–

After returning to Bethany on Sunday evening, that Monday before His death found Jesus once again on His way to Jerusalem. That day will see Him cursing the fig tree and the  beginning of intense clashes with the religious leaders as He cleanses the Temple and indicts them for turning God’s house of prayer into a den of thieves (see Mark 11:15–18).

Matthew, Mark, and Luke all record further teachings of Jesus that week, but until the beginning of Passover a few days later, the last discourse John records is from that Monday.1 Jesus again predicts His death:

“Now judgment is upon this world; now the ruler of this world will be cast out. And I, if I am lifted up from the earth, will draw all men to Myself.” The crowd then answered Him, “We have heard from the Law that the Christ is to remain forever; and how do You say, ‘The Son of Man must be lifted up’? Who is this Son of Man?” So Jesus said to them, “For a little while longer the Light is among you. Walk while you have the Light, so that darkness will not overtake you; he who walks in the darkness does not know where he goes. While you have the Light, believe in the Light, so that you may become sons of Light.”
John 12:31–36a LSB
–

In one day the crowd has gone from hailing Jesus as king, to questioning what He is saying. R. V. G. Tasker writes,

“The people who had been ready only a short time before to accept Jesus as a national king are unwilling to follow him as a crucified king. They pour scorn on His words about the ‘lifting up’ of the Son of man, for they see in them a reference to His crucifixion (34). This Son of man, whoever else He may be, cannot, they feel sure, be the Christ predicted in their Scriptures.

“In the closing verses of chapter xii Jesus loudly and openly emphasizes once again the serious nature of unbelief. They are His last public words [in John] to His fellow-countrymen, ‘His own’ to whom He came and who for the most part have not received Him.”2

Go back and read the verses above from John 1, before you read these last ones from John 12.

And Jesus cried out and said, “He who believes in Me, does not believe in Me but in Him who sent Me. And he who sees Me sees the One who sent Me. I have come as Light into the world, so that everyone who believes in Me will not remain in darkness. And if anyone hears My words and does not keep them, I do not judge him; for I did not come to judge the world, but to save the world. He who rejects Me and does not receive My words, has one who judges him; the word I spoke is what will judge him on the last day.”
John 12:44–48 LSB
–

Tasker continues his comments on John 12:

“To reject him, He solemnly reaffirms, is to turn one’s back upon the true light, and to go on living in doubt and with the certainty of dying unforgiven; it is to pass judgment upon oneself instead of accepting a Saviour who can take away all judgment.3“

If you have never read the gospel of John, don’t neglect to do so now. In his last semester in college, early on Easter morning, my husband was woke up and decided to read the Crucifixion and Resurrection accounts in the four Gospels. He began in Matthew and continued on. When he came to John 20, he believed.

Therefore many other signs Jesus also did in the presence of the disciples, which are not written in this book; but these have been written so that you may believe that Jesus is the Christ, the Son of God; and that believing you may have life in His name.
John 20:30-31 LSB
–