God spoke through the prophet Malachi to tell of a coming messenger who would prepare the way for Messiah—
—there were no prophets for over 400 years while Israel waited in hope.

Then God acted, and the journey to Bethlehem began—

–
God, after He spoke long ago to the fathers in the prophets in many portions and in many ways, in these last days has spoken to us in His Son…
Hebrews 1:1-2
–
But when the fullness of the time came, God sent forth His Son…
Galatians 4:4a
–
–

God sends His angel Gabriel to Jerusalem to speak to a priest, and Gabriel reaches back to Malachi’s final to tell Zacharias his son, John, would be the messenger for Messiah.

God sends Gabriel to Mary to tell her she will bear Jesus, the Son of God, and Mary goes Zacharias and Elizabeth.

God sends an angel to Joseph to reassured and him not to be afraid to take Mary as his wife—
—and Joseph and Mary marry.

God moves a Roman caesar, Augustus, to call for a census—
—and Joseph and Mary go to Bethlehem.

God sends an angel to shepherds to announce the birth of the Savior, Christ the Lord. A multitude of angels appear—
—and the shepherds go to the manger of Bethlehem.

God sets a star in the heavens to tell the Magi that the King of Israel is born—
—and the Magi follow the star to Bethlehem.

Lives upended in shock and in wonder. Stunning news and hard travels—
—God sent them all on a journey to Bethlehem.

For God, Himself, was making a journey to Bethlehem!

Christ Jesus, who, although existing in the form of God, did not regard equality with God a thing to be grasped, but emptied Himself, by taking the form of a slave, by being made in the likeness of men.
Philippians 2:5b–7 LSB
–
–

This is the backstory of Christmas—the journey of Jesus Christ to Bethlehem.

For you know the grace of our Lord Jesus Christ, that though He was rich, yet for your sake He became poor, so that you through His poverty might become rich.
2 Corinthians 8:9
–
–
–

In a sermon on Philippians 2:5-8, The Humiliation of Christ, John MacArthur said:

“…He became man…truly human, really human. Didn’t stop being God. And He didn’t take on some body. He isn’t God in a body, He is God-man…”1

Why did Jesus do this? Why?

Therefore, since the children share in flesh and blood, He Himself likewise also partook of the same, that through death He might render powerless him who had the power of death, that is, the devil, and might free those who through fear of death were subject to slavery all their lives. For assuredly He does not give help to angels, but He gives help to the descendant of Abraham. Therefore, He had to be made like His brethren in all things, so that He might become a merciful and faithful high priest in things pertaining to God, to make propitiation for the sins of the people.
Hebrews 2:14–17
–

The Greek word δούλου (doulou) in Philippians 2:7 is not bond-servant—it’s slave. In his book, Slave, MacArthur wrote:

“Think of it! The only begotten Son of God took on the form of a slave (Phil. 2:7), so that the slaves of sin might become both slaves of righteousness and sons of God!”2

If you’re reading this, and you have not believed in the Lord Jesus Christ, I invite you, too, to journey to Bethlehem and learn of Jesus. The angel announced the shepherds,

“Do not be afraid; for behold, I bring you good news of great joy which will be for all the people; for today in the city of David there has been born for you a Savior, who is Christ the Lord.”
Luke 2:10b-11
–

Angels we have heard on high
Sweetly singing o’er the plains,
And the mountains in reply
Echo back their joyous strains.

Shepherds, why this jubilee?
Why your joyous strains prolong?
What the gladsome tidings be,
Which inspire your heavenly song?

Come to Bethlehem and see
Him whose birth the angels sing;
Come, adore on bended knee,
Christ the Lord, the newborn King.

See, within a manger laid,
Jesus, Lord of heaven and earth,
Lend your voices, lend your aid
To proclaim the Saviour’s birth!

Come to Bethlehem and see!

LSB: Legacy Standard Bible.
Nativity Silhouette: FreeFoto.com (Site has been deleted since posting).
The story of the birth of Jesus Christ is recorded in Matthew 1–2 and Luke 1–2:38.
1John MacArthur, “The Humiliation of Christ.” This article originally appeared here at at Grace to You. I highly recommend reading this wonderful sermon!
“Thou Who Wast Rich Beyond All Splendour,” Don Reece, soloist. For the story behind this hymn, please see my post by the same name, “Thou Who Wast Rich Beyond All Splendour.”
2John MacArthur, Slave (Thomas Nelson, Nashville TN: 2010) 175.
There are several English versions of the lyrics of Angels We Have Heard On High. These are from The Hymns And Carols of Christmas and the Worship and Service Hymnal, Hope Publishing Company, 1957.

“The Advent of Christ” 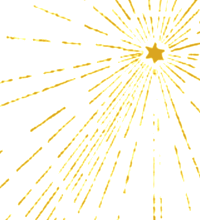