Who is going to harm you if you are eager to do good? But even if you should suffer for what is right, you are blessed. ‘Do not fear what they fear; do not be frightened.’ But in your hearts set apart Christ as Lord. Always be prepared to give an answer to everyone who asks you to give the reason for the hope that you have. But do this with gentleness and respect keeping a clear conscience so that those who speak maliciously against your good behavior in Christ may be ashamed of their slander.
1 Peter 3:13–161
–

I realize I’m skipping ahead to write about 1 Peter today, however, there is so much that presses in on us from the upheaval of current events that I wanted to go ahead and post about 1 Peter 1–3. I’m going to quote largely from Edmund Clowney’s small commentary on 1 Peter because he has helped and encouraged me so much with his understanding of Peter’s letter.

I’ve often thought that it’s no coincidence that Peter wrote a letter in the New Testament that speaks to our suffering. In his commentary on 1 Peter, Edmund Clowney writes:

“…his message of the living hope in Christ has its background in his despair at the crucifixion, and his joy in fellowship with the risen Christ. His emphasis on humility has poignant meaning after the boasting that preceded his fall.”2

In the story of Peter’s denial there is sin and remorse, and in it we also see the compassion and mercy of God. The man who denied Christ out of fear of mockery would later write these words to those who suffer, urging them to stay the course, and to be fixed on their hope:

Therefore, prepare your minds for action, keep sober in spirit, fix your hope completely on the grace to be brought to you at the revelation of Jesus Christ.
1 Peter 1:13
–

For thus the Lord spoke to me with mighty power and instructed me not to walk in the way of this people, saying,
“You are not to say, ‘It is a conspiracy!’
In regard to all that this people call a conspiracy,
And you are not to fear what they fear or be in dread of it.
It is the Lord of hosts whom you should regard as holy.
And He shall be your fear,
And He shall be your dread.”
Isaiah 8:11–13
–

Clowney has this insight:

“Peter quotes from that passage to share his secret of boldness. No doubt the Lord’s words through Isaiah had strengthened his own heart. He had already quoted from this section of Isaiah concerning the stone of stumbling (2:8). Do not fear what they fear, writes Peter. (His statement could also read, ‘Do not be afraid with fear of them.’) In Isaiah’s prophecy the Lord calls his true disciples not to share the fears of the people: they see only the armed power of the enemy.”3

Do not fear what they fear… These are words we need so badly to take to heart. Clowney offers this help to us.

“The antidote to the fear of men is awareness of the glory of the Lord himself. Peter’s words, But in your hearts set apart — literally, ‘sanctify’ — Christ as Lord echo Isaiah’s words ‘The Lord Almighty is the one you are to regard as holy’, literally ‘Sanctify the Lord’ (AV). When the Lord sanctifies us, he makes us holy (1:2; 2:9); when we sanctify the Lord, we set him apart as the Holy One. We recognize his lordship and confess his transcendent deity.”4 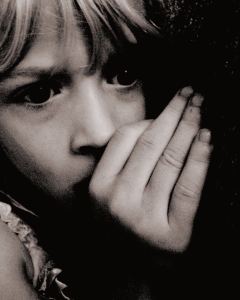 “To break the throttling grip of fear we must confess God’s lordship with more than mental assent. We must confess it with our heart’s devotion. Setting him apart as Lord means bowing before him in the adoration of praise. A praising heart is immune to the fear of other people. Fear of another sort takes possession of our hearts and minds: a fear that does not flee in terror, but draws near in awe and worship.

“We are amazed, then at the force of the addition Peter makes. He says, literally, Do not fear what they fear, . . . But in your hearts sanctify the Lord, the Christ. He repeats the words of Isaiah, ‘Sanctify the Lord’, but adds, ‘the Christ’.  He does not hesitate to identify the Lord of hosts with Jesus Christ. More than that, he does so in a passage that calls for our total devotion to the Lord in his trans­cendent deity. Peter is not making a merely verbal connection between the two meanings of ‘Lord’, as applied to God and men. He is explicitly identifying the One who slept in the stern of his fishing-boat with the almighty Creator of heaven and earth. Nor is Peter simply stating the orthodox theology of the earliest period of the church. He speaks from his own experience. The Father in heaven had enabled him to confess the deity of Christ as the Son of the living God. The reality of the resurrection had confirmed his conviction: Jesus who could command the storm and demons had conquered death and ascended to the right hand of the Father. The Spirit of Christ, given from the throne of glory, worked in Peter awe and reverence for his Lord and Saviour. Filled with that awe, he scorned all the men might do to him. In prison he could sleep securely; on trial he could accuse his accusers. His secret was not simply that he had been with Jesus, but that the Lord Jesus was with him.”5

Now stop for a minute, reread those paragraphs from Clowney, and think about what he is saying. This is not a mindless ginning up of emotion to try to cover up and stuff down our anxiety and fears, but it’s having a mind and heart that dwells on, thinks about, and is grateful for all that Christ is and all He has done for us.

“The fear of the Lord in the heart of the Christian is not the terror of the guilty under judgment. It is awe before the love of God as well as before his holiness…Peter has already joined our fear of God with our knowledge of his redeeming love (1:17–19). The Lord whom we sanctify in our hearts is the Lord who died for us.”6

Remember how and when you became a believer in Jesus? Think about that time. This is my story of how I became a Christian.

You might also go to the Gospel of John and start reading. Ask God to teach you from His Word and to enable you to dwell on, think about, and be grateful for the Lord Jesus—all that He is and all that He has done for you.

Since you call on a Father who judges each man’s work impartially, live your lives here in reverent fear. For you know that it was not with perishable things such as silver or gold that you were redeemed from the empty way of life handed down to you from your forefathers, but with the precious blood of Christ, a lamb without blemish or defect.
1 Peter 1:17–197
–

‘Do not fear what they fear; do not be frightened.’ But in your hearts set apart Christ as Lord.