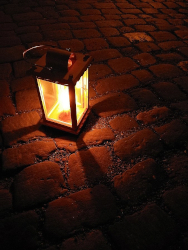 So Yahweh was with Joshua, and the report about him was in all the land.
Joshua 6:27 LSB
–

Today in Joshua 6–10, Israel’s conquest of Canaan begins; however, after their first two victories, they quickly encounter consequences of disobedience to God.

The remarkable thing is that they had already seen their own parents face consequences of rebellion against God and lack of faith in Him; that generation, with the exception of Joshua and Caleb, was prevented by God from crossing the Jordan River and had to wander 40 years in the wilderness until they had all died. The people Joshua led had not learned from the example that was right in front of them. The application for us is obvious.

After Jericho is destroyed in chapter 6, Israel finds itself defeated by Ai in chapter 7, because Achan had disobeyed God and kept looted goods from Jericho. Upon their defeat, rather than questioning Israel to determine if any had disobeyed God, Joshua’s prayer to God echoes the complaints of those led by Moses out of Egypt,

Joshua said, “Alas, O Lord Yahweh, why did You ever bring this people over the Jordan, only to give us into the hand of the Amorites, to make us perish? If only we had been willing to live beyond the Jordan!”
Joshua 7:7 LSB
–

God responds is in short order and to the point.

Then afterward he read all the words of the law, the blessing and the curse, according to all that is written in the book of the law. There was not a word of all that Moses had commanded which Joshua did not read before all the assembly of Israel with the women and the little ones and the sojourners who were going among them.
Joshua 8:34–35 LSB
–

Six tribes on Gerizim said ‘Amen’ to the blessings and six on Ebal said ‘Amen” to the curses. ‘History can furnish few scenes so impressive in moral grandeur as that of a nation solemnly embracing God’s law as the rule of its life and the condition of its prosperity’ (Fairweather, From the Exodus to the Monarchy).1

It is significant that the altar was not built on Gerizim, the mountain of blessing, but on Ebal, the mountain from which was declared what would happen when the people sinned. This was a strong reminder to the people that they were not going to be perfect and that they would therefore need an altar. In this we should hear God saying, “You shouldn’t sin. But when you do sin, I will give you a way to return to me, through the altar.” So while the people were warned of what would occur when they sinned, ther were also taught from the very beginning that there would be a way of return.2

When approached by the deceitful Gibeonites in chapter 9, they fail to ask the Lord for counsel and end up making a covenant with the Gibeonites, only to find out they have been tricked.

Finally, after these hard lessons, in chapter 10, there is victory after victory for Joshua and his people. Why?

And Joshua captured all these kings and their lands at one time because Yahweh, the God of Israel, fought for Israel.
Joshua 10:42
–

For whatever was written in earlier times was written for our instruction, that through perseverance and the encourage­ment of the Scriptures we might have hope.
Romans 15:4
–

How are these chapters in Joshua a lamp to your feet and a light to the path you are walking? What do you learn from them? How do they encourage you?